Jeff's firm has season tickets to a few games for the Angels. Last night we took Noah and went with Grandpa Rich. Grandma Jody watched the babies so we could have a good time!
Noah was so excited all day!! 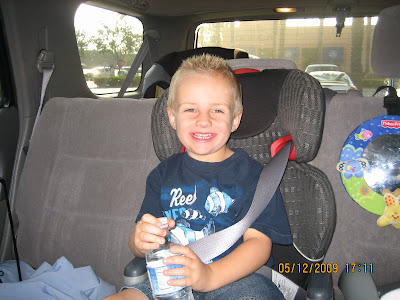 We had awesome seats it makes a big difference it is actually fun to watch! 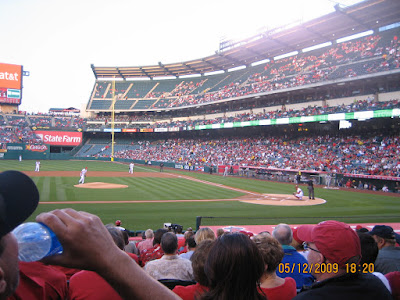 Jeff loves to watch baseball with his boys. 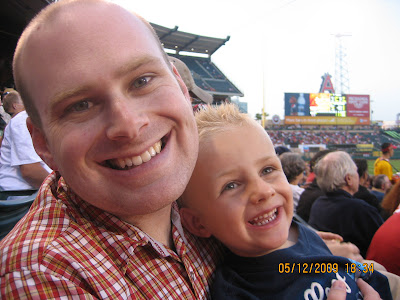 We will be going to a few games so we had to get hats! I love that Angel stadium sells stuff for families. They had kids hats for 6 dollars. Too bad we may never get Jeff in an Angel hat. 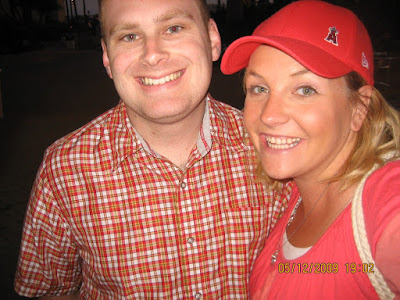 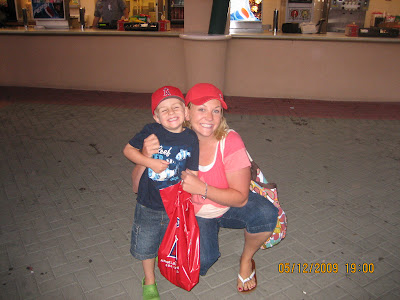 About a month or so ago the Angels lost a very young pitcher. They have this memorial outside the stadium. It is so sad Adenhart was very young and died tragiclly when hit by a drunk driver. 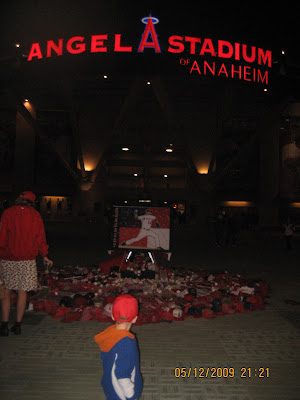 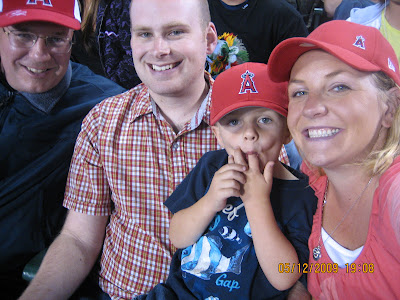 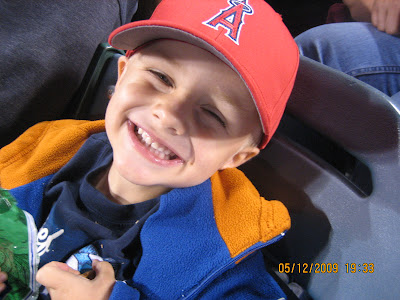 It was a fun game....even if the Angels didn't win. I think Jeff is just happy that I might become a fan of baseball. Even if it isn't his favorite team! But really RED is so more my color! 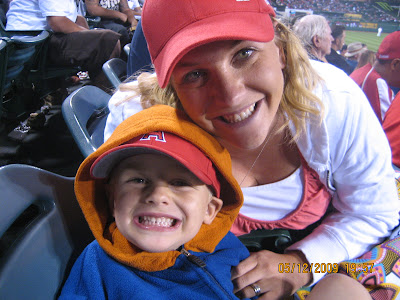 What a fun evening for Noah (well Jeff too)! I would be an Angels fan just because of location (I like blue better).

Looks ike you had soo much fun!! You guys are such a cute family!! I love all of your boys!!

Jeff has always LOVED baseball. Looks like you all had a Great time...

Cute! That looks like a lot of fun! I bet Noah had a ball (no pun intended)!