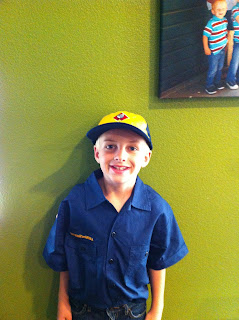 April and May kept us busy busy. Noah was playing flag football.  He had such a fun time and his team won the championships!!!
We had a great team. One of the kids on the team's Dad is a pilot....he flies Drew Brees back and forth to New Orleans, he set it up so Drew came to our football team party.  It was so cool. He was really nice and the boys definitely thought it was very neat!!! 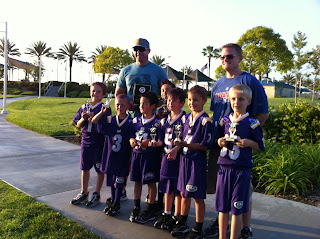 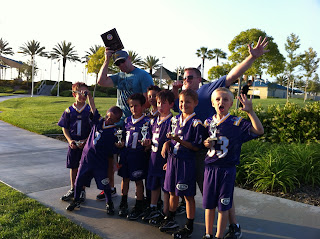 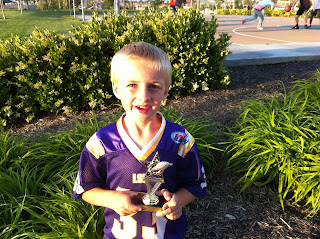 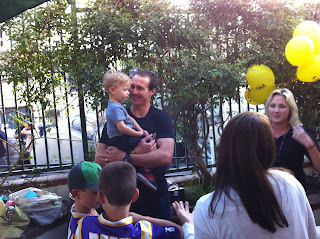 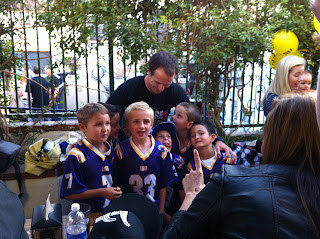 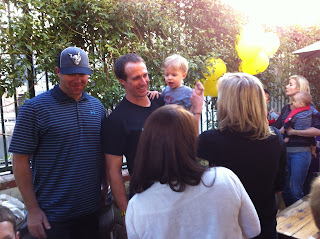 Besides football Noah started cubscouts. He is loving getting to go and enjoys doing stuff every week!! 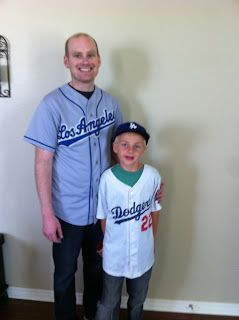 Jeff and Noah got to go to a dodger game! They went with another father and son in our ward. They had a fabulous time and the dodgers even played an awesome game!