Yesterday we hit up Disneyland with a few of our friends. Lisa suggested the Jedi Star Wars show. I have never taken the boys to it but knew it was right up Noah's alley. They pick kids from the audience to be trained as a Jedi, Noah raised his hand and got picked. I was a little worried because I had never seen the show but Noah was right at home.

They start with giving each child a robe and a light saber they then teach them the moves it take to destroy Darth Vader.

Then Storm Troopers, Darth Vader, and Darth Maul storm the stage challenging the Jedi's. I thought for sure Noah was going to freak out, it was slightly scary. He had a blast and practiced his moves on Darth Maul. 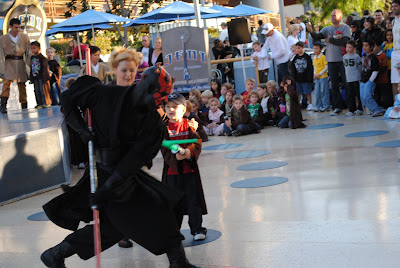 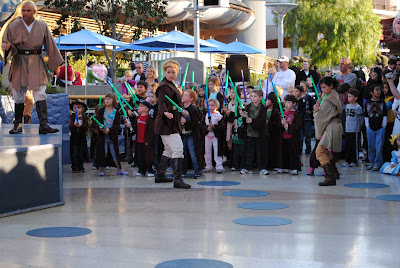 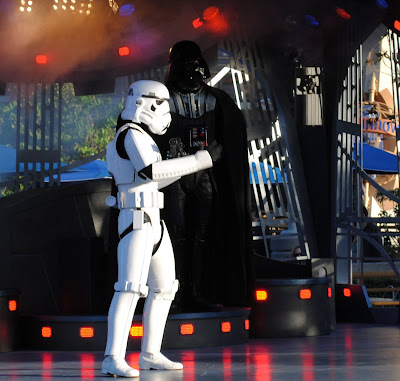 It was such a cool experience Noah loved it. Gavin and Noah then made light sabers. They were so excited about Star Wars. Gavin was such a cute friend congratulating Noah on a job well done!! 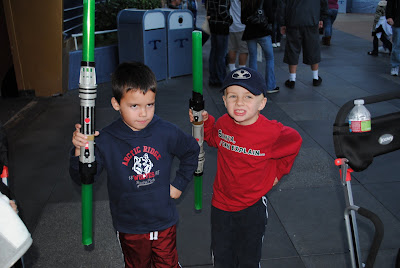 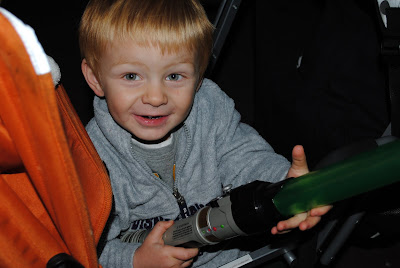 Finally Jeff met up with us we went on a few rides the kids LOVED toon town it was hardly crowded so they got to run around and touch everything!! 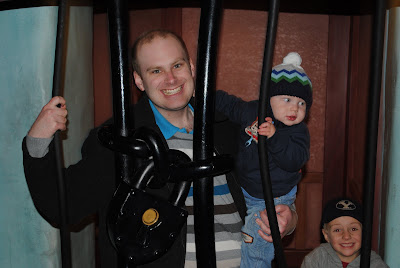 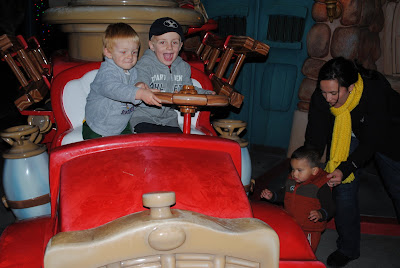 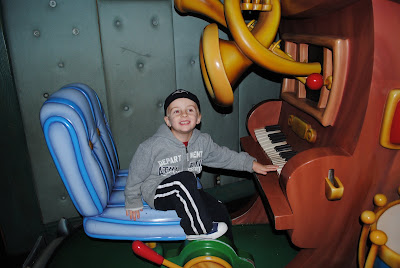 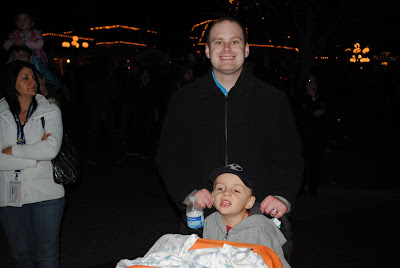 On the way out we grabbed some dinner and then walked around Downtown Disney. The boys LOVED the Lego Store!! 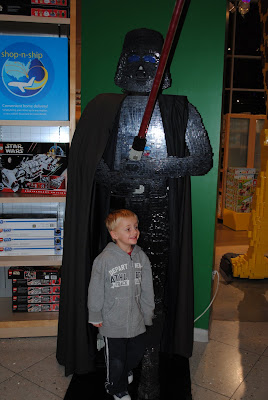 What fun! What fun memories for the kids.

"Slightly" scary?? That is SOOO scary! I can hardly watch it. Might stem from my re-ocurring dream of Darth Vadar chasing me, but none the less, it is still scary! My boys chicken out every time they start to pick the kids. Jack made the same light saber for his birthday. We let him take the tape off and then had to try to carry it around the rest of the day. That thing is huge. Anyway, Noah is a very cute Jedi. Glad he got to do it!!