These are in reverse order but you get the idea. Grammy and Leslie came out on Friday and we all went to Disneyland. It was so nice to have extra helpers and spend some time with them. My mom now does taxes so we don't get to see much of her this time of year. So it was nice to have them!! 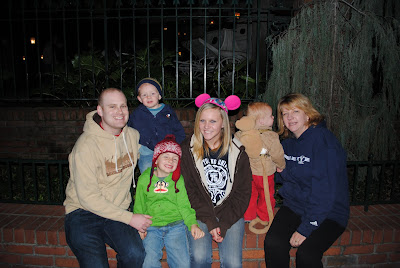 Leslie got a new hat it was so cute.....really she is SO gorgeous and turning 16 in a few weeks!!! 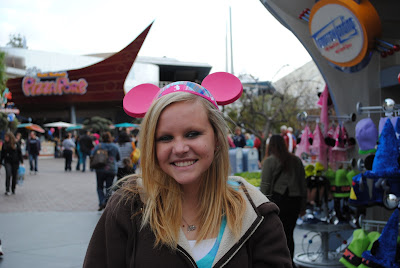 Of course we had to check out the Star Wars show. Noah LOVES it. I told him he most likely wouldn't get picked that he has already done it twice. But he she stands there so patient and raises his hand with out jumping up and down and has gotten picked everytime. 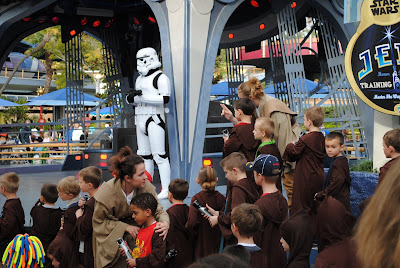 He fought Darth Vadar. The Jedi teacher even commented on Noah's sound effects while he was fighting Darth. It was hilarious!!! 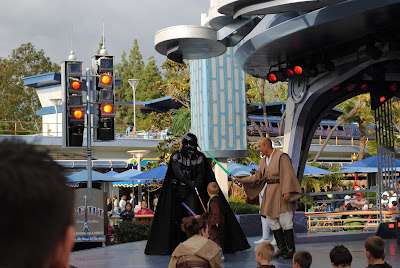 We had a great day lots and lots of fun!!

is that really your little sister. There is no way.