We had a great weekend honoring all the Dad's in our lives. It was busy just the way the boys like it.

Noah started the weekend off by spending the night at Papa Pauls. He was so excited I even got him to take a nap on Friday.....score for me. Papa Paul picked him up on his way home from work. They had a great night grilling hamburgers, going to yogurt land and walking the dogs. The next morning Noah was up bright and early 6am lucky for us with out him here we all slept until 8. They headed to Target and for a doughnut run. Noah had a great time and wants to wear his Super Mario Bros. shirt everyday. Thanks Papa Paul for a fun sleepover Noah had a blast.

After Jeff picked up Noah Saturday morning we headed over to Grandma Jody's and Papa Rich's to celebrate Fathers day with them. They boys had a blast playing with Uncle Rob and Aunt Shannon in the pool. Which was great for us Ryder napped the whole time, Jeff has a double ear infection so it was nice to have some entertainment. And bonus for me I got to hold baby Kaitlyn for a quick nap!

Uncle Rob was helping the boys surf in the pool! 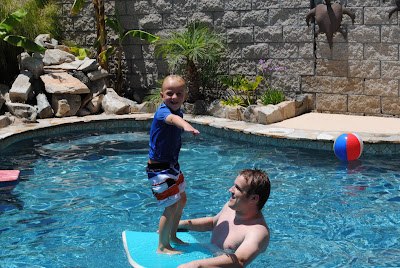 We are looking forward to many many more BBQ's by the pool this summer. Thanks Grandma Jody and Grandpa Rich! 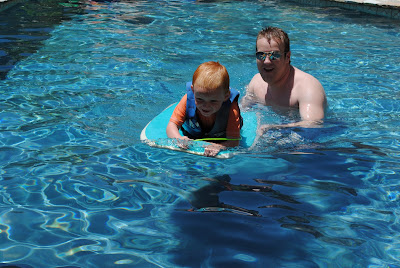 Saturday night we went out to dinner with Jeff's Dad and family. How did I not get any pictures?? Lets just say chasing three kids at dinner with two parents at less than 100% is a challenge.
Sunday the boys and I let Jeff sleep in and we made yummy cinnamon french toast and let Jeff open presents. In the afternoon we headed down to Temecula to spend time with them and see Aaron since he was home for a SHORT weekend.
All the Shaw's.......the last time we were all together was Christmas....... 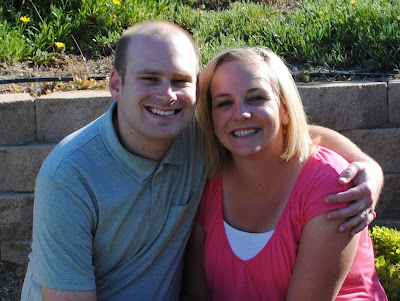 The boys and i are so lucky to have Jeff. He is an amazing Dad. He is such an awesome examples to our boys. We are so blessed! Hope all you fathers had a great day!!!