Phew I am exhausted! We had a VERY fun and busy weekend! On Saturday Grammy and Grampy came down to watch Noah's soccer game. This was actually the third game. I think it is so funny to watch. Noah is a crack up. The first game he was playing and was all upset he kept trying to pick up the ball finally he grabbed and brought it over to Jeff on the sideline, he didn't want the kids to use his ball! It was really funny and I still laugh. Later in that game he just walked off and sat down and was like I am done. But Saturday he was tired so he just sat in the middle of the field. He is such a funny guy. Soccer makes him so exhausted after every game he has taken a three hour nap! Score for Mom and Dad! 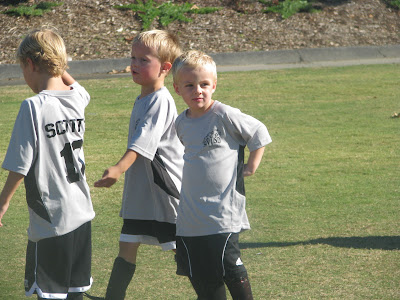 After the game we took my parents down to San Clemente to get my Dad some Rainbow sandals. We had some lunch and then went down to the pier to walk around. The boys think that the pier was so fun! 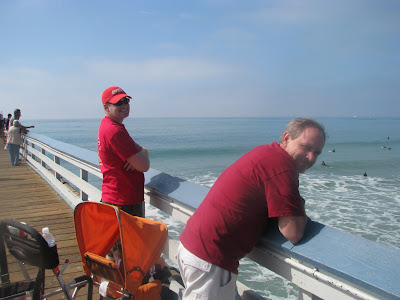 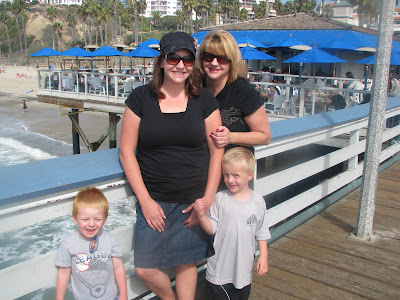 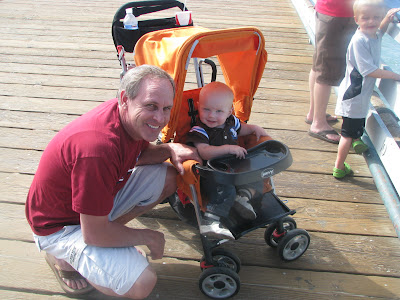 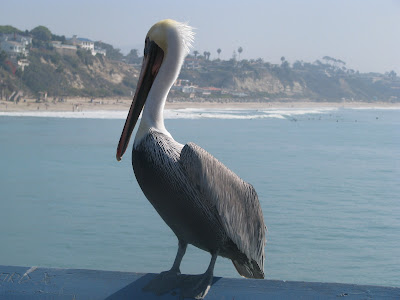 There were these HUGE Pelicans hanging out on the pier trying to grab peoples fish while they were fishing.

After nice long naps we took the boys out front to ride bikes, Noah is FINALLY getting the hang of his big bike. We tried to contain Ryder by setting him on a bike too. It didn't last long. This kid refuses to walk and it is driving me bananas!! 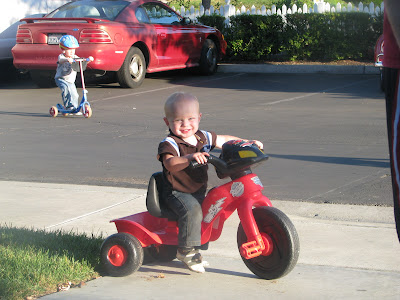 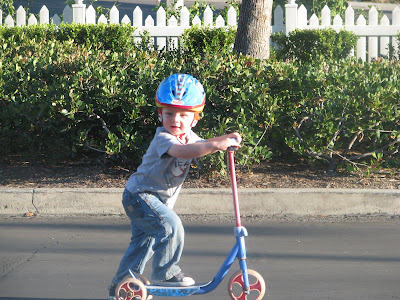 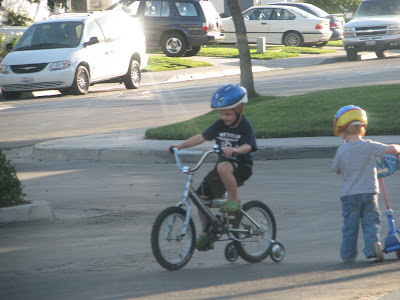 Ryders favorite thing to do around the house it to pull EVERYTHING off the book shelf. A few times this week Jeff came home to this. I got sick of putting it back so I just waited until he went to bed! 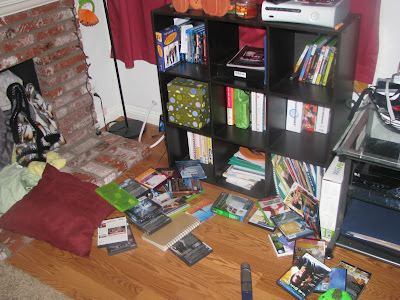 But seriously who could get mad at that face..... 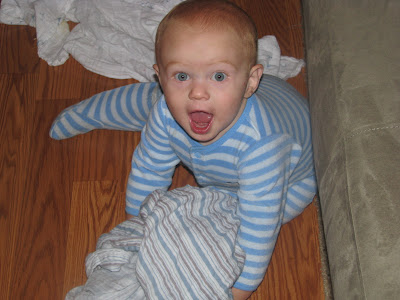 And finally yesterday we went to Temecula to go and see the newest Rath boy. Anderson Levi was born on Friday! Cari is AMAZING she did it with absolutely NO drugs. My mom called my like at 1 and said her water broke and she was going to the hospital. The next phone call was around 3 that she was starting to push and he was here about 3:30! So crazy! 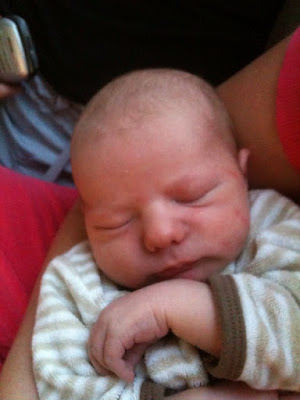 Congratulations Sam and Cari! He is such a doll! I am not going to lie for a split second this made me want to have one, then after hearing the birth story and seeing the utter exhaustion that comes from a new baby I am happy to say I think I am MORE than happy with my three crazy boys!
Posted by Abby at 8:15 AM

What a busy weekend! Love all the photos. Congrats to Cari, Anderson is adorable.

Wow! You are busy! The photos are all so fun!