I know who blogs from Vacation right? Well Jeff has promised me that I get to print my blog off at the end of the year so for journaling purposes I can't remember anything and since I left my real journal at home...whoops! So feel free to totally ignore these next few posts I won't be at all offended.

We left Early early Saturday morning and headed up LAX. We made it to Irvine and well I realized that I had left my wallet at home...in my defense I had my entire bag packed and Jeff took my wallet out of my purse the night before to check us in online and he left it next to the computer. See not entirely my fault. So we turned around luckily I checked in Irvine and not in LA or we would have all missed our flight. Once we made it we headed to the terminal....security is horrible and I can't even imagine what would have happened had we had Ryder...AH it would have been a nightmare. We barely made it through security and grabbed a bite to eat and then we hoped on the plane for a about 6 hours.

Noah and Jeff....making one last phone call before the plane takes off. 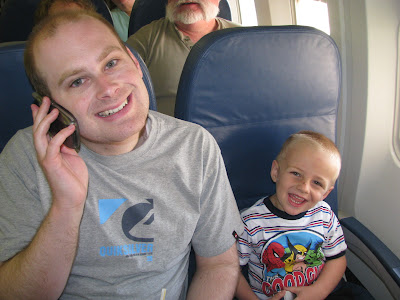 Me and Sawyer. The boys where so great on the plane. They were so excited to be on the "hairpane". 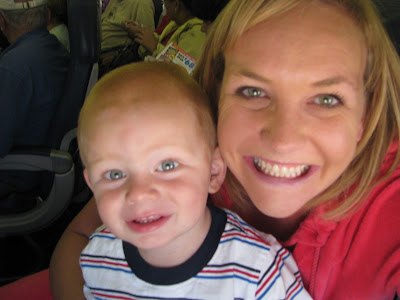 Delta is the greatest airline. They have TV's on each seat and you get to choose from different movies/tv shows plus tons of games. Seriously it was a life saver. The boys got to enjoy some movies and we didn't even have to break out the DVD players. Sawyer loved Madagascar 2 or "move it move it" as he calls it. 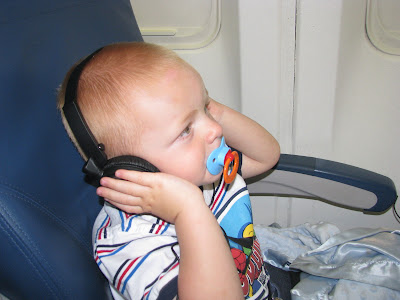 After we arrived we ate some yummy lunch and then headed to Target to pick up some essentials before checking into the hotel. And then it was off to the pool.

Jeff's favorite thing to do in Hawaii is snorkel. He loves to go out and look at the fish. 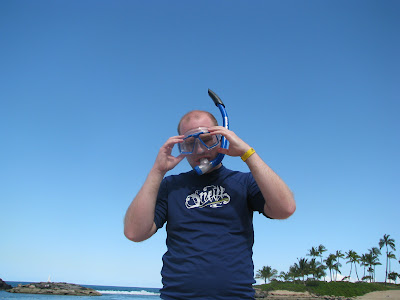 View of the hotel from the beach. It is such a cool place. 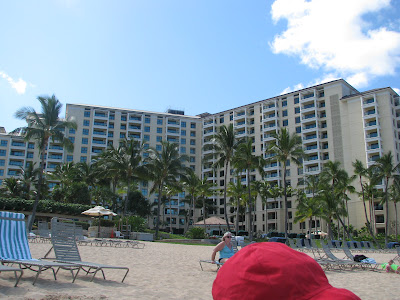 Sawyer was a little weary of the water. 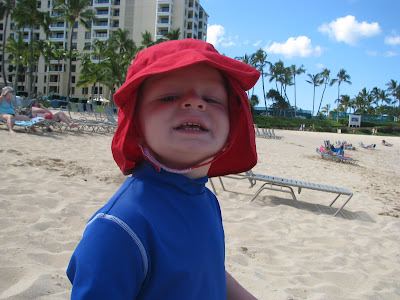 Noah has become a little fish. I like that he will wear his life jacket so I worry a little less. But he is getting in a lot of practice. 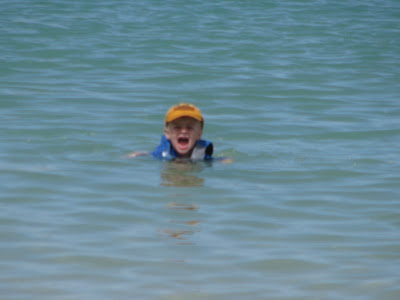 The boys playing in the sand. They are having such a blast! 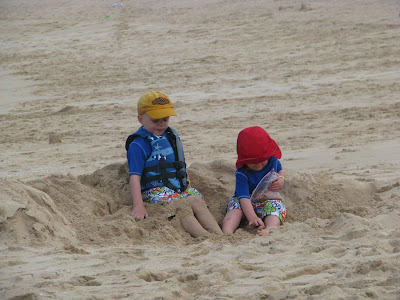 Tomorrow the PCC with Heidi, Dave and their gang! ALOHA!!
Posted by Abby at 5:51 PM

I informed our meeting last night why you weren't there, I think we all would have rather been in Hawaii than at a meeting. We need to plan our vacations to be at the same time or I need to get another friend to talk to on a regular basis (even though this is almost the busiest week of my life).

You're hlarious!! I actually have been checking because I expected you to post - and I'm so glad you did! Looks like you're having fun! So glad you could go and get away and have time with your boys!

PS - when you get home that life jacket will be coming off! :<)