Work Party and Thanks

On Friday night Jeff's firm had their annual Christmas party. We were lucky to go and not have to bring any of our kids along. This was the first night in five months that we had time just the two of us. It was so night to know that boys were being so well taken care of. My friend Lisa took Ryder. They went to the Dana Point Boat Parade. She tells me he didn't cry once and just laughed and squeeled the whole time. He even took the bottle great, I worried all week because every time we tried at home he refused it. Noah and Sawyer went to Katie and Joey's house. They were so nice to take them especially when they have twin boys Sawyer's age and a little girl Noah's age. They even took them to our ward Christmas Party. And Katie took pictures! Seriously I am so lucky to have such great friends and be helpful. It was great especially since all of the Young Women in our ward were at the ward party so it worked perfectly. (Atleast I thought so and they are both still speaking to me so I guess my children weren't horrid.) 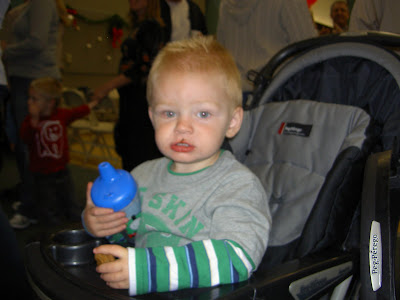 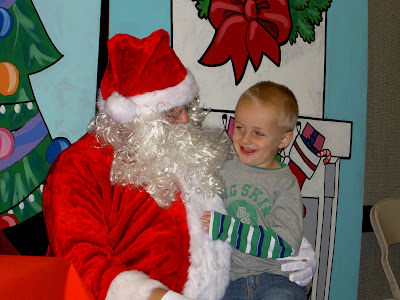 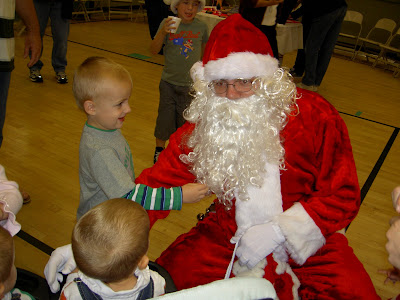 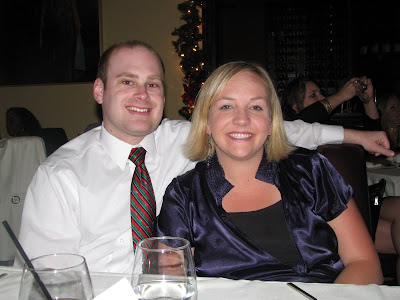 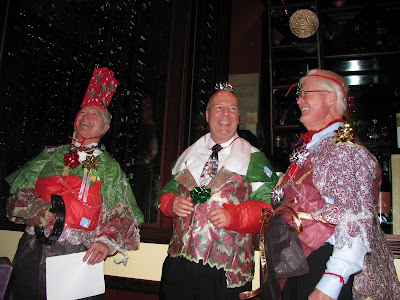 The firm party was fun they had great food, much better than last year....I was barely prego and only remember trying not to barf. But we had fun. Each group was in charge of entertaining....which was interesting considering how much alcohol was being passed around. Our group did a Christmas Movie trivia game. I think it was a success...but hey I wasn't going to get up and perform. One group had us dress up the bosses it was pretty funny, they are suppossed to look like a suit coat. All in all it was fun to be out with my hubby (which is rare) Thanks babe for all your hard work we are so proud of you and your continuing to excel and do well at work!!!
Posted by Abby at 6:41 PM

That is awesome that they took them to the ward party. I totally spaced and thought it was on Saturday so we missed it :( I am so happy for you that you got to be alone with Jeff for a night, there really is nothing like it.

ps I put up all the crafty blogs liked you asked :)

Nooooo...I'm the lucky one with the good friend, you are too good to me!!! It was a fun night and you forgot to mention that you took ALL THREE of my kids the next night.

you look so pretty in your outfit!

You do have some amazing friends! I'm a little jealous!!!

i thought katie was superwoman that night..she was soo cute with them. but then again..you would do anything for anyone so its nice when we get to repay favors!!! :)

That sounds like you guys had a good time. And yes go out more offten. You need it