We made it half way through this pregnancy. Yay! I am not a good pregnant person as we all well know. This pregnancy has been no different. I have been super nauseous not barfing a lot but just all around yucky still. The newest and worst symptom has been migraines. I get them about once a week and they knock me on my butt the dr sadly won't give me anything but Tylenol because they are watching my blood pressure very closely.

Last week I had some major dental issues. I broke a filling and have one tooth that needs a root canal. It is crazy bc my teeth were fine before this. Boo. Looks like this week I will be doing what little work they will do on pregnant woman.

Baby is doing great. The little booger will not reveal itself gender wise. We had an early ultrasound at 13 weeks that they said 50 percent boy. Apparently they all look like boys at that stage. Then at my last dr appointment the baby wouldn't open it's legs.
So we hopefully will be having our big ultrasound at the end of the month. It isn't making me as crazy as I thought it would. A part of me is like let's just wait until it gets here. But who knows!! So there is a little update on me mostly so I don't forget. 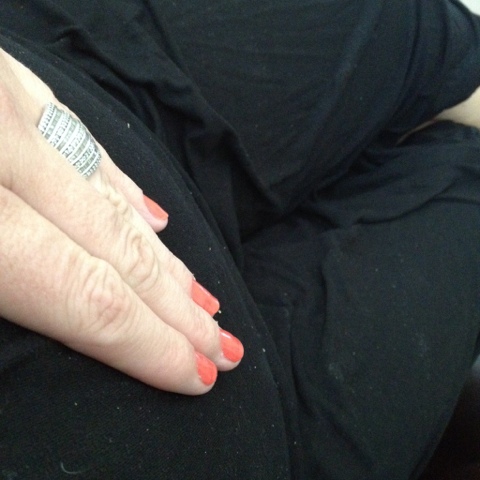