Noah's school does a carnival every year. It was so much fun. I wish we had gotten there a little earlier so we could have met up with more of Noah's friends. At least we know for next year. 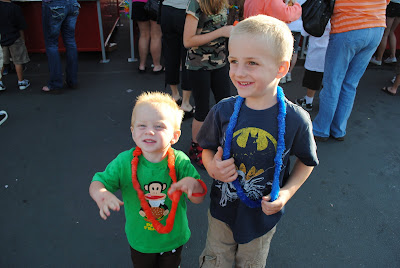 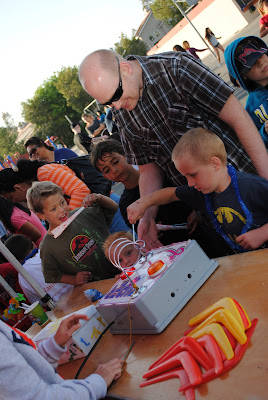 They had a ton of cute games and the boys had a blast!
Sawyer had a ROUGH day so as a punishment he had to sit in the stroller I told him no games at all. But we gave in and let him play a little. 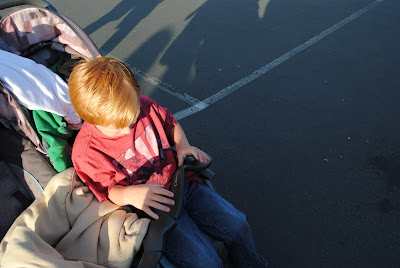 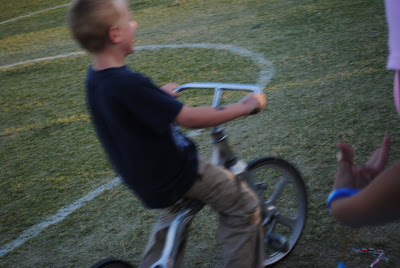 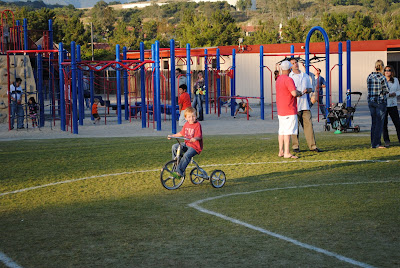 We probably shouldn't have let him out because he didn't learn his lesson. I am working on trying to stick with my punishments. We have lost control around here and I am desperately trying to take it back!

Ahhh I have the same problem. Sometimes I totally stick to my guns...and then sometimes I give in. Darcy is reading a book called "Setting limits for your strong willed child" by Mackentzie. She says it is super helpful. About my labels...I just use Word actually and sometimes Corel Paint Shop Pro. I find images online and download free fonts and just play around on Word.

Oh and after I design my labels on word I use CutePDF writer and change them to a PDF so when I send them to the printer {since I don't have a color printer at home} the fonts and everything sticks.

You sooooooo need to get that book aubrey mentioned!!!! IT is soooooo awesome. I am only half way through it but I have learned more then any other parenting book. It is by robert mackenzie. It also has great reviews on amazon.