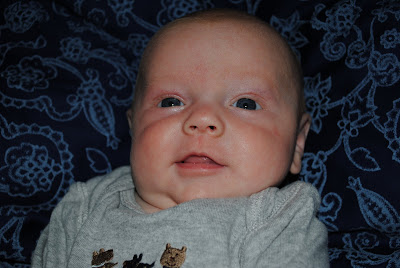 Rhys turned two months on May 1.
He is such a little love. He is starting to be so much more alert and awake.

He has had rough few weeks. At his 2 month check up he got four shots and then the next day I was finally able to get his circumscion done. Then he got a horrible cold. The poor thing. I swear I sucked out his weight in snot. YUCK!

At his 2 month appointment he was 10lbs and 22 inches. Both 25% but given he is a preemie he is above right on track. Other things about Rhys......He is a pretty good 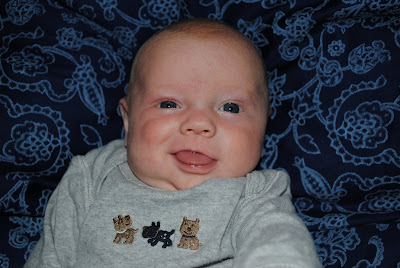 sleeper. He eats around 11 and wakes up between 5 and 6. Every now and then he wakes up around 2. But really I can't complain. He LOVES to be swaddled. He still sleeps in our closet in the bassinet.


He just started smiling a ton and it is so precious.

Every night right around 8 he gets fussy. He knows that it is his special time with Mom and Dad. As soon as his brothers are down he wants to be held and snuggled. and we gladly do! 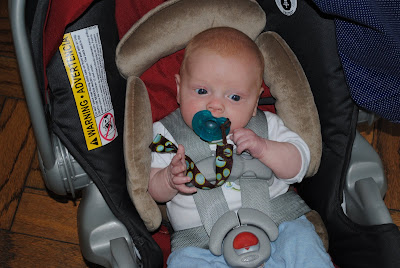 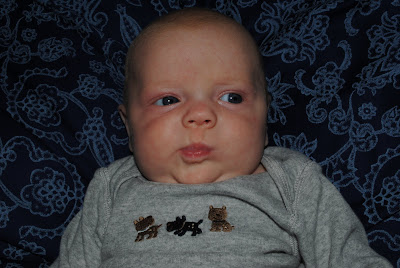 He is ADORABLE! I love that he knows when it is suppose to have his parents all to himself.