On Friday Noah had his first singing program at school. He was so excited about it and was talking about for weeks. He invited my mom, Jeff's mom and Aunt Patrice. He was so excited he even told his teacher that they all came. The program was hilarious they songs lots of songs the best part was when the two classes got off on there parts and it was almost like a round. We were busting up.
They also had a book exchange.....it was pure chaos.....Noah's class is really boy heavy and the boys were going nuts......we had to have a little talk about gifting when Noah didn't like the book he ended up with.....luckily he wasn't the only one. 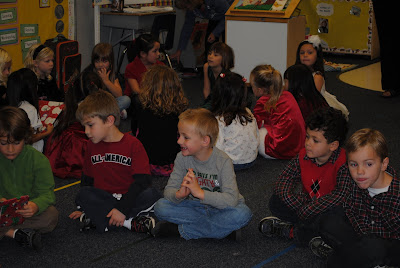 Noah's class has all the kids with food allergies so it is VERY stressful to find stuff for the parties. My friend Lisa told me about an idea of decorating sugar cones to look like Christmas trees. It was a huge hit the parents loved it and no one had any allergic reactions.......thank goodness!!! 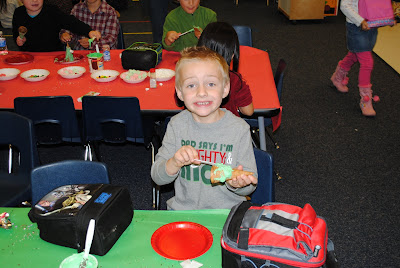 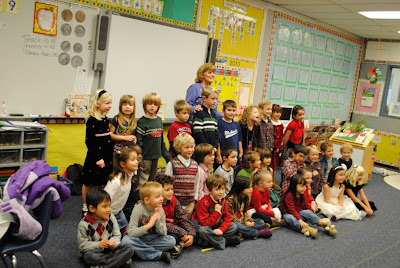 My mom was nice enough to take the little boys home so I could stay and help with the party. It was nice to spend some time with him and not have to worry about them at home! 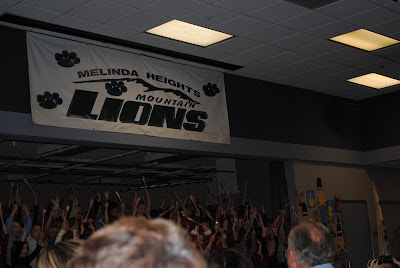