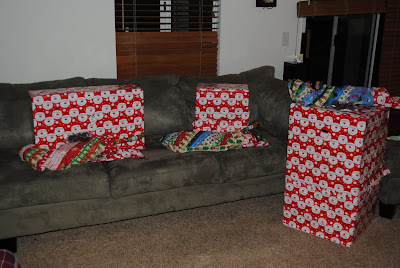 I thought for sure the boys would have us up at the crack of dawn they were excited. But they slept until 7!!! Which put me a little behind schedule for our 8 am family breakfast and it also explains why we have hardly any pictures :(


Noah was so excited when he opened his gift from Santa the at at walker from Star Wars. The thing is HUGE over 2ft tall. He was in heaven. And so was Daddy!!! 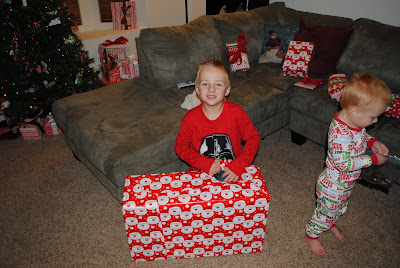 Santa always brings a little before breakfast treat of chocolate doughnuts.....Sawyer and Ryder were not about to open anything until the doughnuts were devoured!! 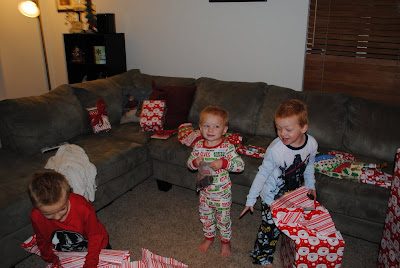 Jeff got me a cute necklace I had hinted at earlier in the week. I was shocked when I opened because I had only told him about it on Monday so I was not expecting it! It is a hand stamped necklace that says I love you more.....when I saw it I had to have it. Jeff and I have always said that to each other since we started dating over 10 years ago :) 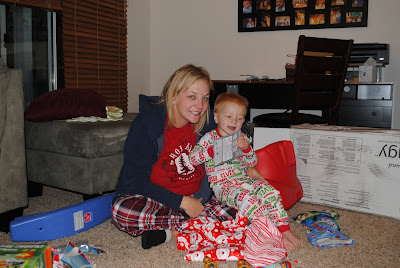 Another BIG hit around here were the pillow pets. I spent a lot of time trying to talk the boys out of them because I thought they were silly. But they have LOVED them. Whoever came up with them and the infomercials are geniuses. Sawyer every time he wants it to go from a pillow to a pet says I want a cuddly animal now......yeah right out of the commercial! 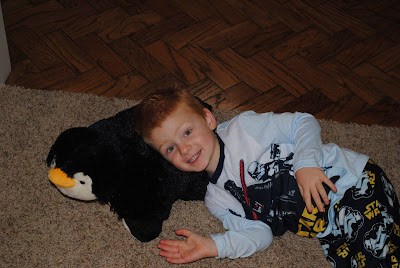 After we opened our Santa gifts we had to scramble to get ready we had the Heaton/Trapp clan for Breakfast and celebrations. Breakfast I thought was SO yummy and I am still craving it. We had this yummy egg casserole my friend Kelly gave me the recipe for. French Toast with coconut syrup eggs and bacon. MMMMM!!! I got zero pictures I was too busy running around. I will have to steal some from Jeff's mom!!!
Noah showing off his new legos...... 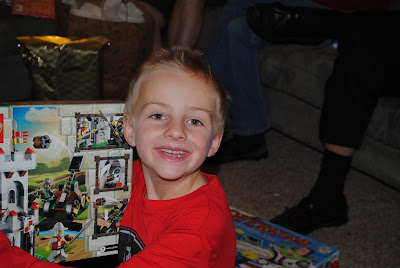 After we finished up with Jeff's family we headed out to Temecula to be with my family. My poor mom had to work until 12 so we got there just in time to have Christmas with them. The boys were in heaven playing dress up with the huge bin of costumes they got......sadly I was FAR to exhausted from days with zero sleep. I know why my mom always got strep throat right after Christmas it is a lot of work.....worth it. But I have never been so tired in all my life.
After gifts with them we went to Cari and Sam's so we could hang with the cousins and see the rest of my family. It was a nice day. We are so lucky to live so close to all of our families so we could see everyone. But it does make for an exhausting day. Luckily we had all day Sunday to rest and relax!!! 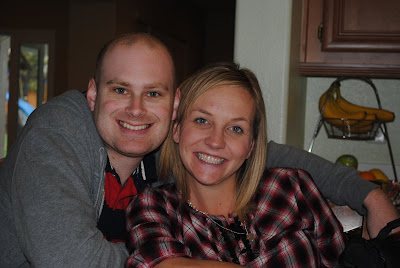 I asked the boys what there favorite gifts were of course they loved everything......
Noah: ATAT Walker and Tron Guy
Sawyer: Stinky, Fire truck
Ryder: Buzz toys and Car
Jeff: new razor.....although I know he is lying bc really who wants that for a gift :) I will say he LOVES his new Roku box! Gift cards!!
Abby......sunglasses and my new little green machine and my necklace
the boys have been so good the last few days playing so well together and loving all there new toys.
It was so cute today in the car Noah said he wanted to send Santa a thank you note because he was so happy it was so sweet so we will get to work on Thank you notes!!!
We are so blessed and have had another wonderful christmas!!!