Poor Sawyer with the move and all that is going on he has been feeling a little left out. I decided to take him on a little date. He saw a commercial for build and bear and was begging me to take him. Since they were having a great sale I decided that it would be a great thing to do with him. He picked the music in the car and was soaking up all the attention. 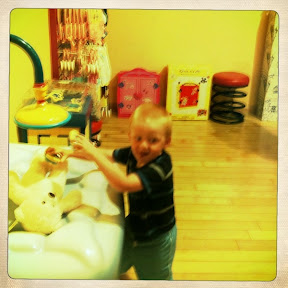 He picked out a Teddy Bear. His favorite part of course is the air bath and brushing.
He decided to dress the bear in a Jedi outfit. He was so excited about the whole thing. Afterwards he wanted to walk around the mall and get a smoothie. He doesn't get my attention much but when he does he is very specific about what he wants! 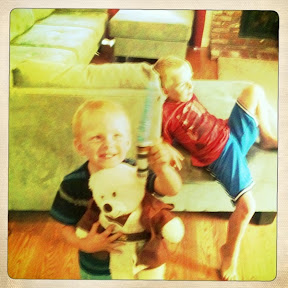 Your such a cute Mom Abby!! Those boys are adoarble. I want to see the new house. Are you all moved in yet?