Noah started T-Ball this last Saturday. He was very excited for the game and asked about it all week. Finally Saturday afternoon came and Noah couldn't have been more thrilled! He is on a team with some friends from church, which he is really excited about. 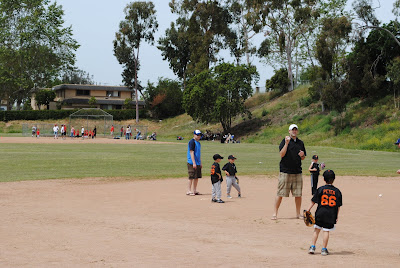 Hitting off the T the first time he was up to bat he hit the ball towards the second base and then ran right after the ball. Jeff and I were cracking up. 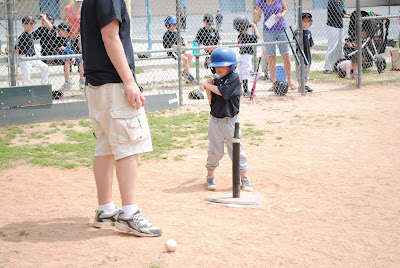 So excited......He liked T-ball much more than soccer he is definitely not a runner. 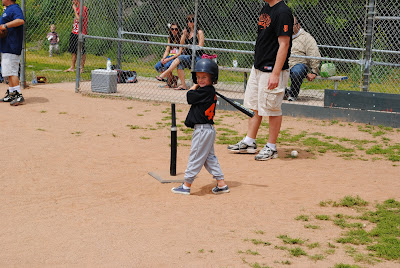 The kids looked so cute waiting in the dugout. Much to Jeff's dismay Noah is on the GIANTS and he insists on wearing his SF hat everywhere......we have had a few comments with Jeff in his loyal LA blue and then or Giants boy. Noah even wants to watch the Giants on TV.......someday we will get a dodger! 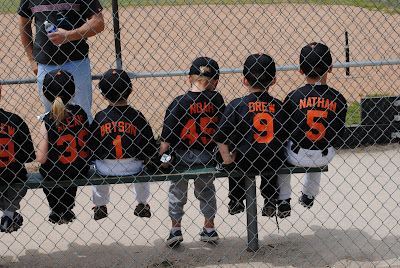 Drew and Noah getting ready for the game to start! 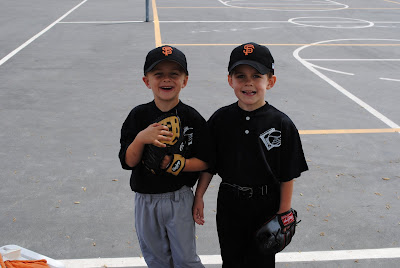 Looks like our days at the ball park have begun!!
Posted by Abby at 8:21 AM

Yay Noah!!! We need to get a rip roaring game of ball going on the next time all these boys are together!

Too Cute! I love where he ran after the ball. Great Job NOAH!!!

I am loving it, I realize we have only had practice and game but still they are so excited and it really it entertaining. I enjoy that Noah is a Giant. My boys notice when people are wearing their Angel gear.

I would love to go minature golfing! We haven't been forever!
Hey - why didn't you put a picture of my kid on your blog?? LOL!!! :<)