All about Sawyer day

Sawyer's birthday love started the day before when amazon sent our copy of muppets a day early! He was so excited when he found it in the car. 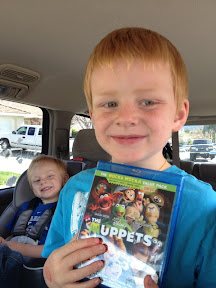 Tuesday morning Sawyer woke up to balloons in his room then off to McDonalds so he could get his favorite breakfast pancakes, sausage and hash browns. 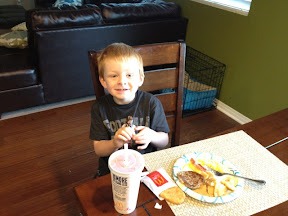 He couldn't take it anymore and opened some of his presents! 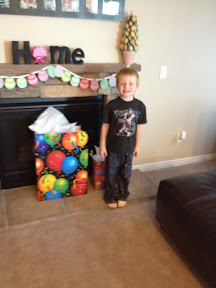 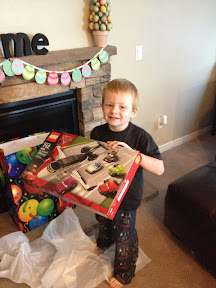 Sawyer saw this hat at the mall and has been asking for it ever since. He is such a hoot. He wore it most of the day! 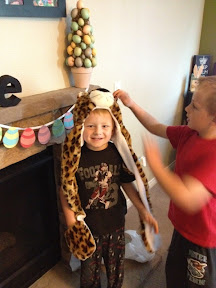 Sawyer wanted a birthday party but because we just moved I thought we wouldn't get a great turn out instead I told him he could do anything he wanted. He chose build a bear. Luckily they had a great deal. He came home with a smurf and Alvin. 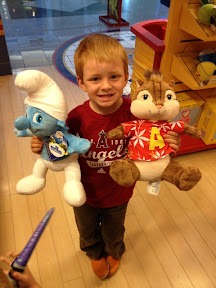 We went to chick fila for lunch where he played and played. Then after Noah's baseball game we went to pizza his choice with Grammy Grampy and uncle Aaron. He got more presents and had a great time. He came home to cupcakes. 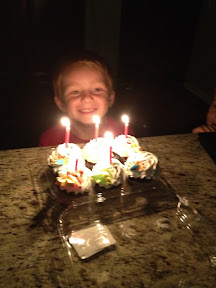 And since he clearly had WAY too much attention all day he started getting a little silly and naughty: smearing frosting everywhere and peeing his pants :( good thing the rest of the day was great!! 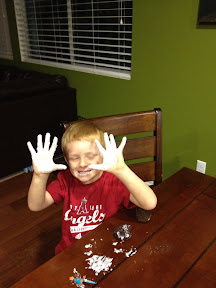 Posted using BlogPress from my iPhone