When your here your FAMILY! 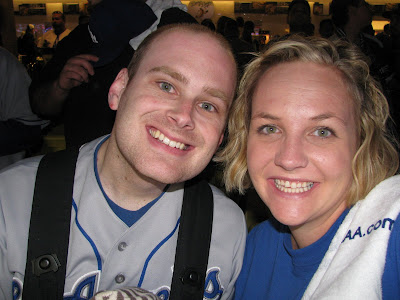 Jeff, Ryder, and I got to go to the dodger game on Saturday night and enjoy the sweet victory of them sweeping the cubs! We had a great time! We had awesome seats and Ryder loved every second of all the commtion he was about as happy as Jeff. 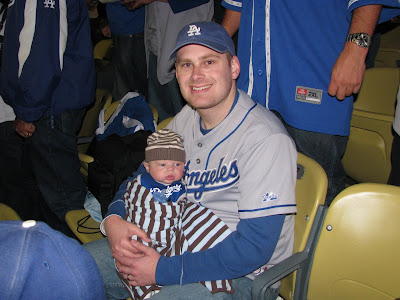 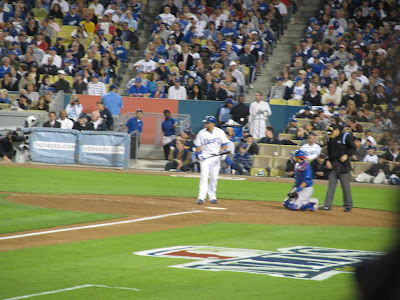 There is nothing like the playoffs....I had so much fun people watching it was absolutely hilarious!! The Dodgers hae been waiting for this victory for 20 years and you wouldn't believe these people!! Everyhone called this guy FAT Manny, I wish I had gotten a picture of him from the front he had LA on his VERY hairy chest. 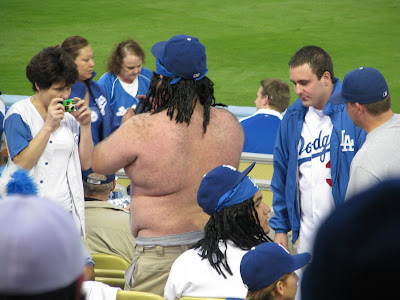 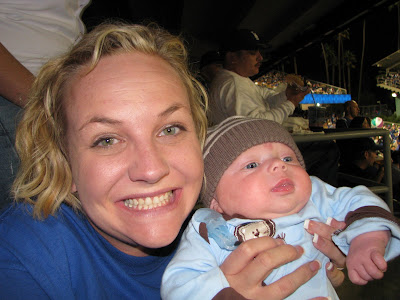 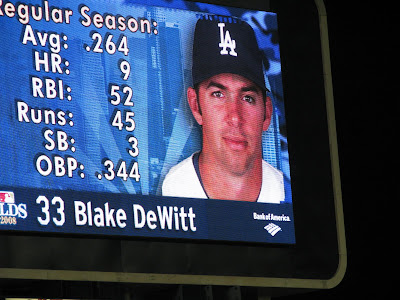 Above is my Baseball BF...I love to choose a player!
Jeff is so happy that Manny came to town to save the dodgers this season!! 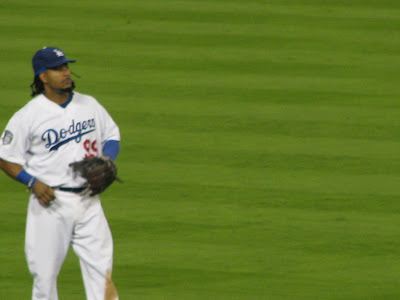 I am so glad that Jeff got to be there for this win it was like watching a kid at christmas!!
It was such a great game....these people including Jeff take this so serious. It was so fun seriously it felt like one big family of fans....I think like ten people around us would have bought us a beer after that win!! And like they all said to us see you next week!!

I have tried like ten times to get the video of the last pitch and the celebration but for some reason I can NEVER get video clips to load...stupid!!
Posted by Abby at 7:15 AM

Glad you had a great time. Now you know why we like going to the games in Provo...aside from getting my Utah fix and seeing family/friends.

See you did have a great time. John did really want to go, but he felt he should stay home instead for conference. All night he kept saying how he wished he was there like Jeff. When he was watching the game he said he just saw Jeff on TV! I rushed in to see (because that is all I really care about is seeing people) only to find out he was joking. Oh well it was a great win and I am happy for everyone.

Going to games is the best thing. I love that all of you are decked out in Dodger gear, that is how we roll, but of course we only have Angel stuff. That pic of you and Ryder is so cute!!!

Jeff has love baseball since he was just a toddler. It's fun to see you all enjoying the game together...Jeff has 3 loves for sure...Abby, his boys and Baseball.