She is keeping it forever!!??

On Friday we met my parents for their Birthdays at our favorite place on earth...yes that is right Disneyland! We had a lot of fun. It was a great day with absolutely NO lines. Noah got to meet a lot of characters because there were no lines to talk to them. For a few weeks we have been telling Noah he could give his pacifier to Mickey.
The Birthday Boy and Girl...and Noah with Mickey! 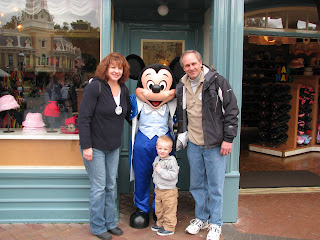 Mickey was the first character he met and he was not ready to give up his pacifier....by the time he saw Minnie he asked for his pacifier and handed it to her. I did take it back but he doesn't know that. After we walked away he wanted his pacifier but I told him he was a big boy and Minnie would make sure to give to a baby who needed it.
Not sure about what just happened....I get that pacifier back right??? 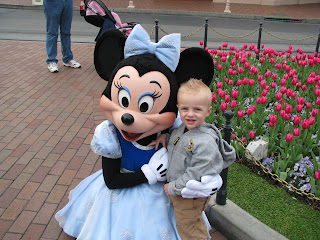 The rest of the day he was fine without it, he would ask but he was fine with the explanation I gave. When Jeff got there he got him a pirate gun that he has been wanting for a while. So that did the trick. Once he got that we just reminded him and he was over it...he has been sleeping and napping with the gun but what can you do. So it has not been as bad as I anticipated I was telling everyone he could have until kindergarten I truly did not want to deal with taking it away. Jeff met us after work along with his cousin Ryan and his wife Missy. Fifteen minutes before he parade started we happened to spot an open bench so we decided to sit and watch it. That never happens I refuse to sit for an hour to watch the parade. But this was perfect Noah and Sawyer LOVED it. Sawyer was clapping and waving....the Little Mermaid blew him a kiss and said he was SOO cute....So we had a a lot of fun.
Waiting for the parade!!! 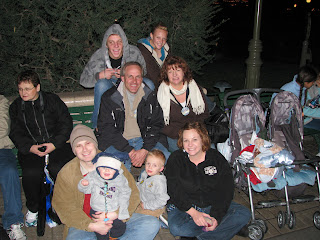 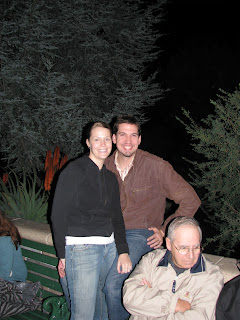 Ryan in his Pirate costume! 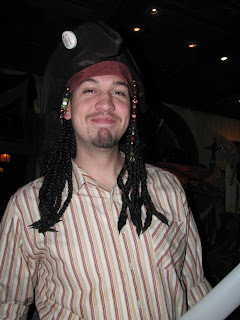 Yesterday we went out to Temecula to celebrate my Mom's birthday....we went to Chuck E Cheese so that is hardly celebrating for her but Noah and Sawyer had a fabulous time. Along with every other child in Murrieta and Temecula....it was more crowded than Disneyland. The boys had fun and loved every second of it.
Posted by Abby at 2:48 PM

Our boys are so cute and so are you my love.

Noah is funny. We switched Big A from his binky to bear, it is a lot easier to find than a binky but I can't stick it in my purse.

I am glad your boys enjoyed your parents' birthdays but that is what grandparents do- everything is about the grandkids.

Thanks again for watching the boys- hopefully we can start packing soon and move into that house that has a park in the backyard (playgroup?).

Everyones b-days are this month, so crazy. To bad we missed seeing you guys at Disneyland, but we will all go again soon, too bad about Karin though :(

Your life is so fun and exciting! Looks like you guys had some fun times with family.

Oh, and I hate the taking away of the pacifier...aarrggghhh!